The Rev. Elizabeth Sipos was born and raised in Sudbury, Ontario, Canada.  She was baptized and confirmed in the Roman Catholic Church, and in her early 20’s joined the Anglican Church of Canada. After completing a Bachelor of Fine Arts (honors) in Music at Laurentian University, she attended Wycliffe College, an Anglican Seminary affiliated with the University of Toronto.

Throughout her discernment, she has been involved in various ministries outside of the church, such as Cursillo in various dioceses, Youth Synod and Challenge, program similar to Cursillo for youth.  After years in seminary, she served as the Pastoral Assistant at Christ Church, Lively, Ontario and St John the Divine in Copper Cliff, Ontario.   At the same time, Rev. Elizabeth served as a Chaplain at Thornloe University, in Sudbury, Ontario.  In October 2011, she was ordained to the Diaconate and began her ministry at St. John the Evangelist in the Cree community of Mistissini in northern Quebec.  In June 2012, she was ordained to the priesthood.  After two years of ministry in Mistissini, she responded to a call in Fort Erie, Ontario.  Not long after being there, she met her husband Daniel Weatherholt, a native Marylander.  In 2016 she was called to be the rector of St. John’s in Kingsville, Maryland. 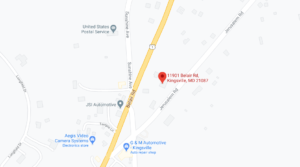